Switzerland was the host nation of the International Art Expo “Arco”, which took place in Madrid, Spain, during February 2003. The second FlyingWalls, 12 metres high, were arranged around the Templo de Debod in the beautiful Parque del Oeste. The 100 red and white balloons on the Eastern side depicted the Swiss National Flag, whereas the 100 red and yellow balloons on the Western side represented the Spanish National Flag. On the shorter side of the rectangle, these colours flowed into each other, symbolising the friendship and cooperation between the two nations. The gently swaying FlyingWalls were reflected in the clear waters of the canals between them, creating a startling contrast with the antique temple buildings, which have stood quiescent on this spot for centuries. 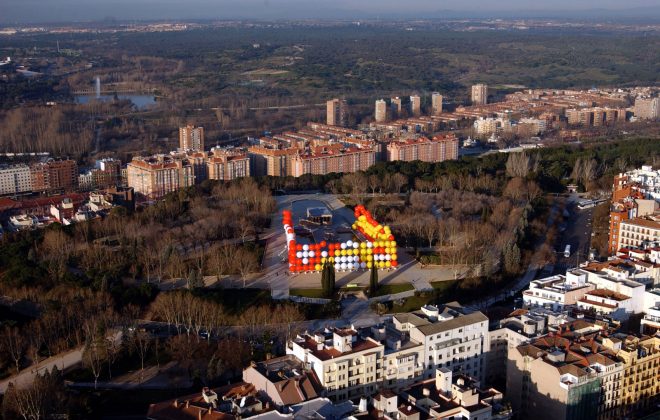 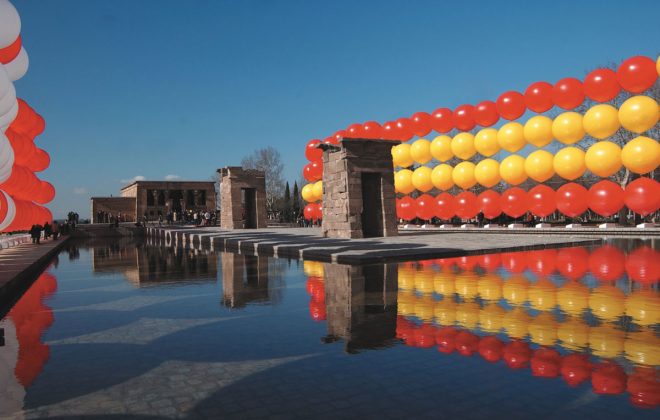 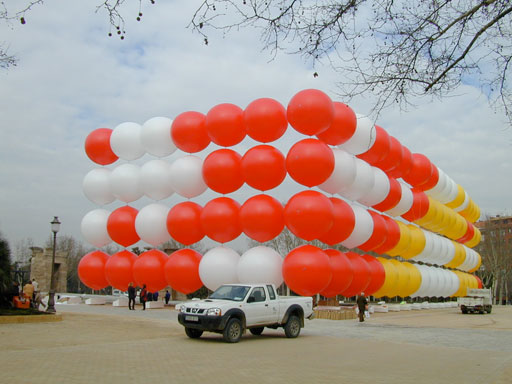 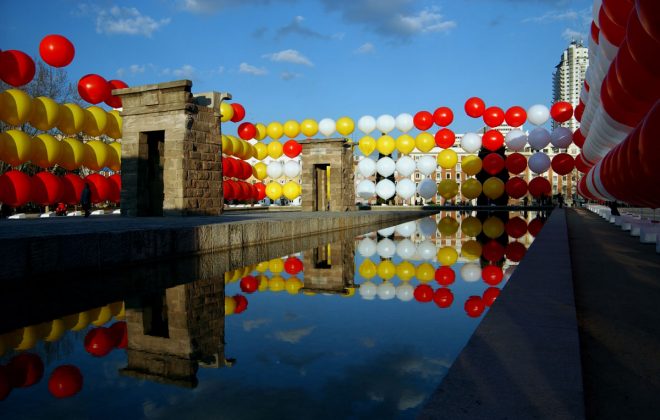 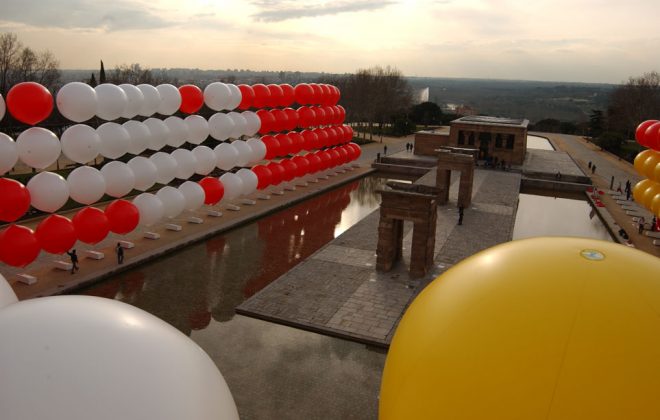 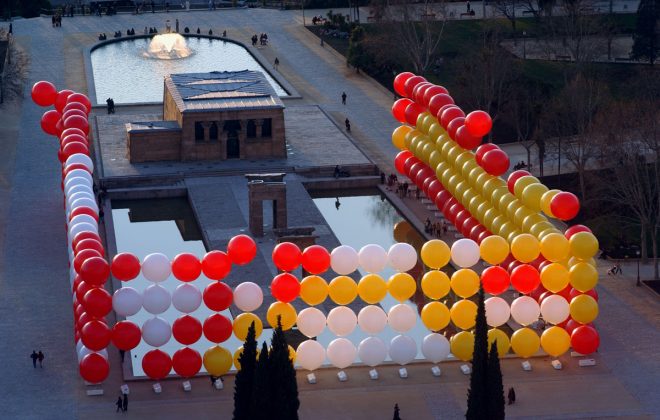 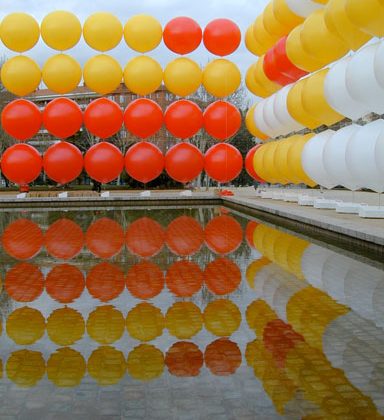 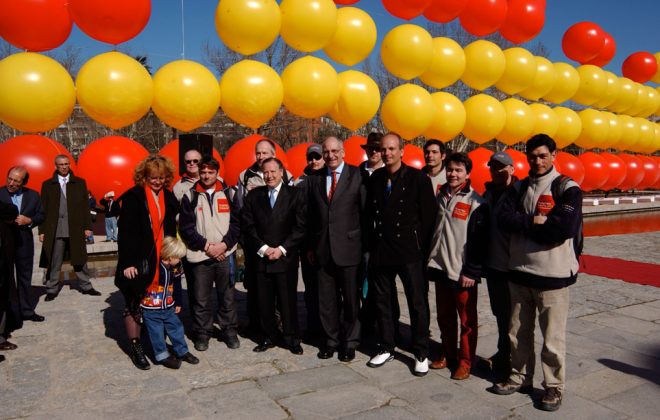 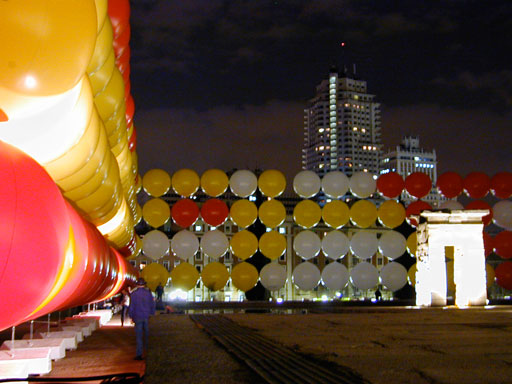 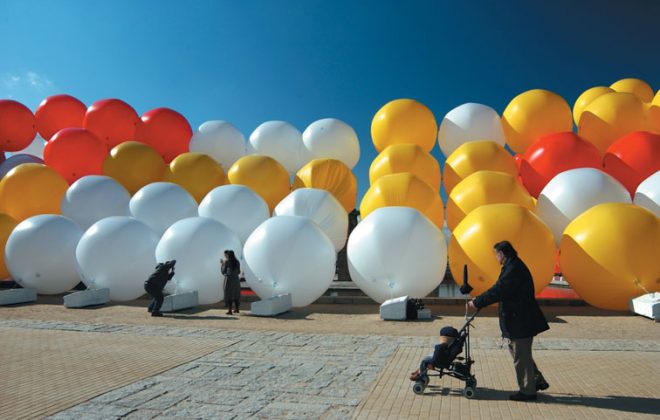 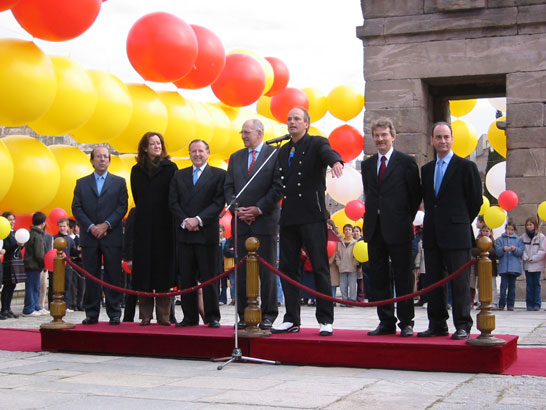 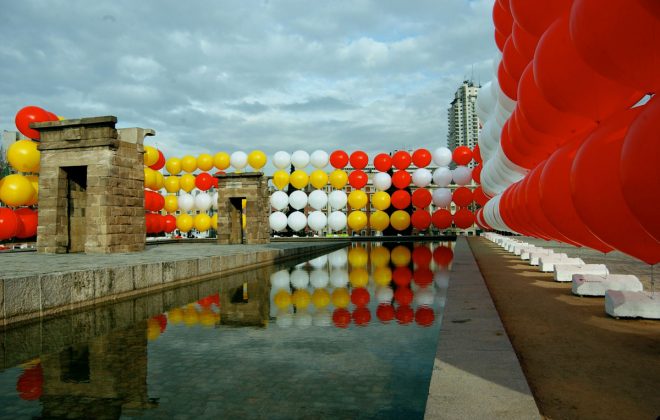 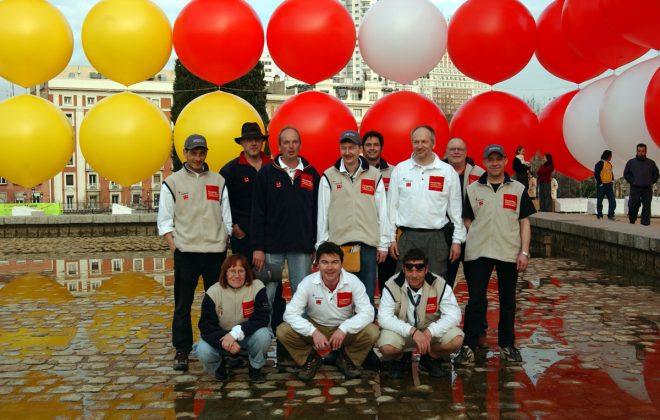 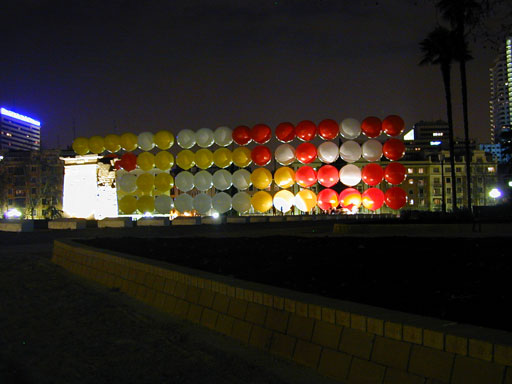 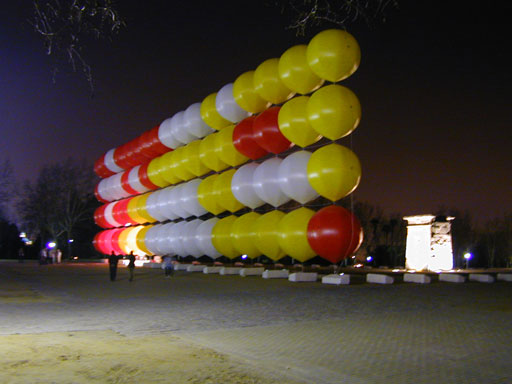 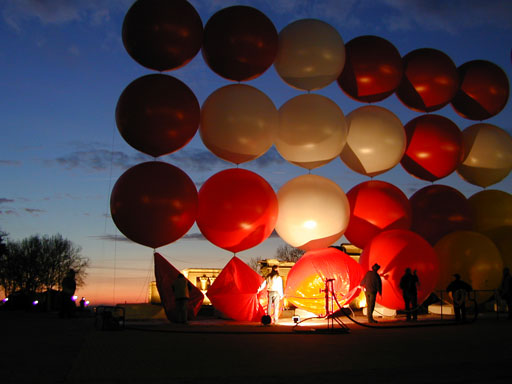